Circuit Breakers vs. Fuse Box: Everything You Need to Know in 2021

Home » Blog » Circuit Breakers vs. Fuse Box: Everything You Need to Know in 2021 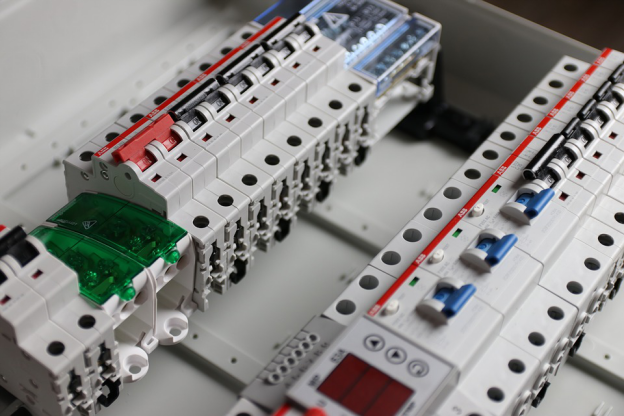 The History of Circuit Breakers and Fuses

So to cut to the chase, what’s better, a fuse box or circuit breaker?

The rest of this blog post will explore both sides and take a closer look at the benefits and downsides of fuses versus circuit breakers. Unfortunately, we can only share the facts and definitions of each, but in the end, you have to decide what’s best for your home.

For advice from a local Massachusetts-based electrician call Integrity Electrical Services at (978) 753-8350. Without further ado, let’s dive in!

What is a Circuit Breaker?

A circuit breaker is supposed to be an improved version of a fuse box. The circuit breakers are those black switches that you can switch on and off inside your panel box. 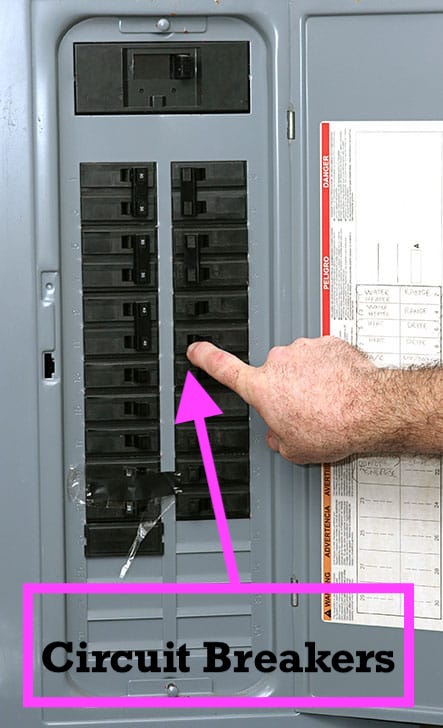 If your electricity goes out briefly during a storm, you may only need to open your electrical panel box and turn back on all the circuit breakers. This is because circuit breakers are resettable, unlike fuses that get thrown out after each usage. We’ll talk more about this subject below.

What is a Fuse Box? 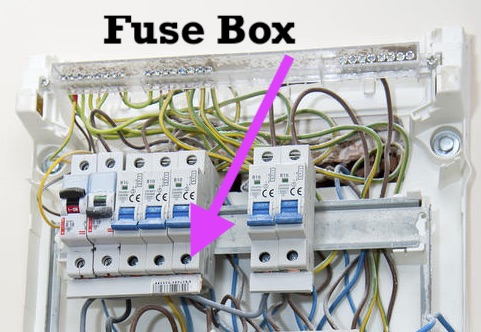 A fuse is a simple device used to protect circuit wires from overheating and causing a fire. Fuses live in a fuse box.

How a Fuse Works:

Circuit breakers and fuses come into play if there’s an overload, potentially resulting in a fire, where the fuses or circuits shut off the power. For example, with a fuse, the metallic strip inside the fuse melts faster than the wire if there’s an overflow of current, immediately shutting off the electricity for that wire.

What’s the purpose of a circuit breaker and fuse box?

Most older homes use a fuse panel. However, newer modern homes will usually have circuit breakers. In addition, as of 2021 and beyond, many residential properties are investing in EV chargers, standby generators, and utilizing lots of new technology, resulting in many homes in Massachusetts requiring at least a 200 amp circuit breaker panel.

In fact, in Massachusetts, many homes will be upgraded to 300-400 amp circuit breaker panels due to the Biden Administration’s policies. But the good news is, by upgrading your circuit breaker panel, you’re simultaneously increasing the value of your property, so it’s a win-win!

After an outage, you can flip the circuit breaker switch back on without having to go out and replace it.  Bad fuses, on the other hand, need to get replaced. After a fuse gets blown, you’ll have to get it replaced.

How do you know what type of circuit breaker to buy?

As a reminder, circuit breakers exist to protect your home from electrical hazards. A circuit breaker will disconnect power when it detects a current that exceeds its amperage. So consequently, by getting the wrong-sized circuit breaker, you could cause a fire. So the first step that a licensed electrician will do is evaluate the electrical load capacity. As an example, most household circuits are rated either 15 amps or 20 amps.

Next, determine the number of electrical devices a circuit breaker can handle. You do this by checking the wattage on the back of whatever device you’re powering. Also, “measure the voltage on the circuit you wish to install your electrical devices. Most household circuits are 120V, and larger commercial spaces are 240V”. For more information on this subject, visit HomElectrical’s detailed explanation.

The 5 Most Popular Circuit Breakers

What types of fuses are there?

For example, Edison Base Type (T) fuses are designed to handle 125 volts or less and have an ampere rating of no more than 30 amps. This is the standard fuse for most 120/125-volt household circuits.

Fuses are not reusable. Circuit breakers turn on and off, so they are reusable.

After a fuse burns, you’ll have to replace it, which is a downside to using a fuse box versus a circuit breaker.

How do you know if a fuse blows?

You’ll usually have a power outage when a fuse blows. Unfortunately, you can’t just go down to your basement and switch back on the circuit, as you would do with a circuit breaker system. With fuses, you have to replace blown fuses. To confirm you’ve blown a fuse, open up your panel and look inside the small glass window of the fuse.

On the outside of a fuse is a tiny glass window. You can see the strip of metal inside a fuse by looking through this glass. For example, after a fuse blows, you’ll see a cloudy-looking glass on the outside, indicating the fuse blew. If you then look inside the glass window on a blown fuse, you’ll see the melted metal strip inside the window. That melted strip is how you can verify a blown fuse.

How to replace a blown fuse

Replacing a fuse is easy; you unscrew the old one and screw in the new one.

Should I replace a blown fuse on my own?

Get a consultation from a licensed electrician to help you diagnose the cause of the blown fuse to ensure the underlying issue isn’t a hazardous situation.

Dangers of replacing a fuse after it blows on your own

In many situations, our residential clients at Integrity Electrical Services have tried to replace a fuse on their own and either get the wrong type of fuse or neglect to address an underlying issue that caused the fuse to blow.

And it can be dangerous to install a fuse that is larger than the one you are replacing. Buzz Electrical Services explains, “Using fuses with the wrong voltage for your box can allow too much electrical current to run through your wiring and cause a fire.”

How to tell if your home has a Fuse Box or Circuit Breaker?

To figure out if you have a circuit breaker or fuse box, look inside your electrical panel, which may be in the basement, laundry room, or garage. That’s where you’ll find out whether you have a fuse box or circuit breaker.

A fuse box contains a group of round screw-in plugs with small glass windows. Circuit breakers are inside your electrical panel box but appear as rectangular units that you can turn on and off, all organized in rows.

How does a short circuit occur?

According to Pacific, “A short circuit occurs when electricity strays from its intended path and completes its journey via a more straightforward route—one of less resistance. This happens when the flow of electricity is interrupted by a flaw in the established wiring. If a short circuit in your electrical system is not found and promptly fixed, it could produce sparks, smoke, or fire or cause electric shock. ”

Benefits of a Circuit Breaker over a Fuse Fox

Benefits of a Fuse over a Circuit Breaker

Should I replace my fuse box with a circuit panel?

You may want to replace your fuse box with a modernized circuit panel. However, before you swap the two-out, you’ll want to have a licensed electrician check out your entire home’s wiring and possibly consider upgrading your electrical panel to at least a 200 amp, or maybe higher. If you plan to get an electric vehicle, like a Tesla and want an EV charger installed, and you have a generator installed already, at least a 200-amp panel upgrade will be required.

Suppose your home’s electricity is running off a fuse box. In that case, there’s a good chance your electrical service needs to be updated because most modern homes require at least a 200 amp circuit breaker panel, as we mentioned in the beginning. Unfortunately, fuse panels only provide 30 or 60 amps of power. If you have an older home, though, and do not need modern-day technology, you may be just fine with your fuse box as it is. The choice is yours. Massachusetts residents should talk to a local electrician at Integrity Electrical Services for answers to questions at (978) 753-8350.

Who is Integrity Electrical Services?

Integrity Electrical Services is an A+ BBB-rated Wilmington, Massachusetts-based electrical company. In addition, If you have any questions regarding Circuit Breakers or Fuses, give one of our licensed electricians a call.

Buzz Electrical Services, “Fuse Box vs. Circuit Breaker: What Is the Difference?”, https://buzzelectricalnwa.com/fuse-box-vs-circuit-breaker-what-is-the-difference/

HomElectrical, How to Determine the Load Capacity of Your Circuit Breaker, https://www.homelectrical.com/understanding-capacity-your-circuit-breaker.6.html#load%20capacity